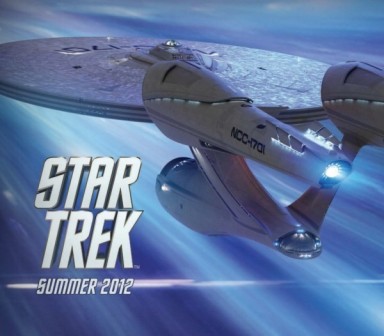 Deadline is reporting that the opening day of the sequel to the 2009 J.J. Abrams mega-hit Star Trek has been announced as May 17, 2013 and the film will be in 3D.  The second Trek film helmed by Abrams will include the entire cast of the first film that successfully rebooted what was considered a dead franchise.  Sony had moved Roland Emmerich’s Singularity from that coveted early summer opening weekend to November 1, 2013, thus opening the door for Paramount to slide their Star Trek sequel in there with minimal competition.

Over the summer, we wrote extensively regarding the delays involving the production of the film, specifically how busy the writers and Abrams have been with other projects.  We are certainly glad that the ball has gotten rolling, finally.