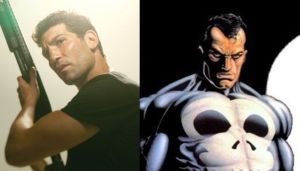 Well, we can stop speculating on at least half of that because today Marvel announced that the The Walking Dead‘s Jon Bernthal has been cast as in the role of Frank Castle, New York’s most notorious and bloody vigilante known as the Punisher.