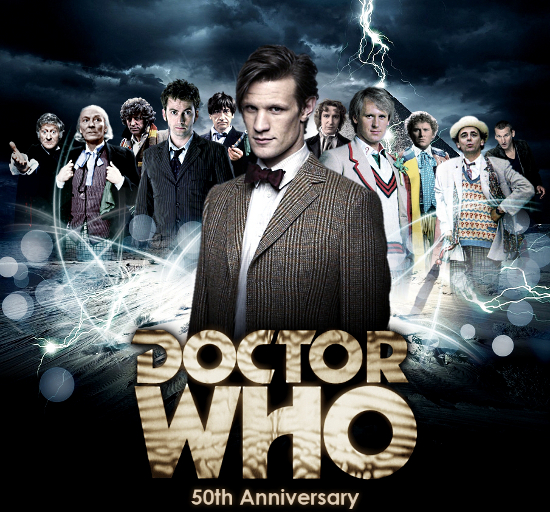 Announced today, David Bradley (Harry Potter) is set to play the first ever Doctor, the iconic William Hartnell, in the drama written by Mark Gatiss (Sherlock, Doctor Who), who will also serve as executive producer alongside Steven Moffat (Doctor Who, Sherlock) and Caroline Skinner (Doctor Who, The Fades). An Adventure in Space and Time (1×90) is a co-production between BBC Cymru Wales and BBC AMERICA. The drama will premiere later this year on BBC AMERICA.

The BBC’s Head of Drama Sydney Newman, credited with the creation of the show, will be portrayed by Brian Cox (The Bourne Supremacy, Bourne Identity) and the producer, Verity Lambert, by Jessica Raine (Call the Midwife). The director of the first ever episode An Unearthly Child, Waris Hussein, will be played by Sacha Dhawan (History Boys, Last Tango In Halifax).

Mark Gatiss, writer and executive producer said: “What a cast! I’m utterly delighted that everyone’s favorite Time Lord will be in such brilliant and stellar company. We have a terrific team who can’t wait to tell the fascinating and surprising story of how the Doctor began his journey through Space and Time.”

Richard De Croce, SVP Programming, BBC AMERICA added: “We’re excited to work with BBC Cymru Wales on this co-production, allowing us to bring An Adventure in Space and Time to Doctor Who fans on both sides of the pond. Mark and the talented team behind the project are sure to create a special that will delight audiences while commemorating this incredible series’ 50th anniversary.”

Commenting on his upcoming role, David Bradley said, “I’m absolutely thrilled.  I first heard about this role from Mark while watching the Diamond Jubilee flotilla from the roof of the National Theatre.  When he asked if I would be interested, I almost bit his hand off!  Mark has written such a wonderful script not only about the birth of a cultural phenomenon, but a moment in television’s history.  William Hartnell was one of the finest character actors of our time and as a fan I want to make sure that I do him justice.  I’m so looking forward to getting started.”

An Adventure in Space and Time is a co-production between BBC Cymru Wales and BBC AMERICA. Filming begins at the beginning of February at BBC’s Television Centre in London before moving to Wimbledon Studios. The drama is produced by Matt Strevens (Misfits, Skins) and directed by Terry McDonough (Breaking Bad, The Street).

Doctor Who recently delivered record ratings for BBC AMERICA when the Christmas Day special Doctor Who: The Snowmen became the channel’s best ever telecast in demo, delivering  2.4 million total viewers and 1.3 million A25-54 in Live+7, rounding out a year of success. Doctor Who returns on March 30 as part of BBC AMERICA’s Supernatural Saturday programming block, alongside world premieres of new original series The Nerdist and Orphan Black.

BBC AMERICA delivers U.S. audiences high-quality, innovative and intelligent programming. Established in 1998, it has been the launch pad for talent embraced by American mainstream pop culture, including Ricky Gervais, Gordon Ramsay, Graham Norton, and successful programming formats including ground-breaking non-scripted television like Top Gear and top-rated science-fiction like Doctor Who. Owned by BBC Worldwide, the commercial arm of the BBC, BBC AMERICA has attracted both critical acclaim and major awards including an Emmy®, five Golden Globes® and ten Peabody Awards. The channel attracts one of cable’s most affluent and educated audiences and is available on cable and satellite TV in more than 80.7 million homes. It broadcasts in both standard and high-definition, with content available On Demand across all major digital platforms. Online, www.bbcamerica.com is the place to go to dig deeper into pop culture with a British twist. Find out more by visiting www.press.bbcamerica.com or follow us on www.twitter.com/bbcamerica.