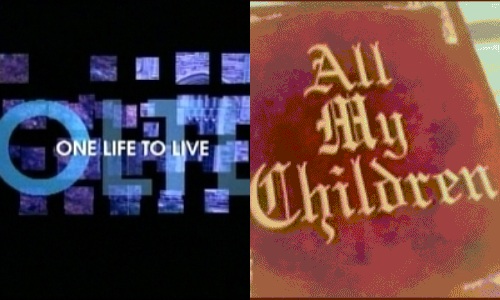 All hail the power of digital media distribution!  Not for nothing, this really shouldn’t come as a surprise to anyone who was paying attention because production company Prospect Park picked up the licensing for both One Life to Live and All My Children back in July of 2011, right before they were to end their run on ABC.  I’m going to post the ABC Press Release from July 7, 2011 first and then the latest one from Prospect Park after because the initial one has more details on exactly how this is going to play out.  Even though I don’t care one way or another about daytime dramas, there are two reasons that this story appeals to me: first because of the nostalgia (AMC was Mom’s favorite show) and second, because of the fact that yet two more shows are finding life in the digital realm, basically telling the old, dinosaur model of commercial television revenue generation what to go do with itself.  Kudos to Prospect Park, and congratulations to the legions of OLTL and AMC fans! You got your shows back!

EXCLUSIVE MULTI-YEAR, MULTI-PLATFORM DEAL ALLOW THE SOAPS’ STORIES TO CONTINUE BEYOND THEIR FINAL AIRDATES ON ABC

BURBANK, CA – July 7, 2011 – ABC has licensed its iconic soaps, “All My Children” and “One Life to Live” to Prospect Park, it was announced today by Brian Frons, President, Daytime, Disney/ABC Television Group & Janice Marinelli, President, Disney/ABC Domestic Television and Rich Frank & Jeff Kwatinetz of Prospect Park. The exclusive multi-year, multi-platform deal enables the soaps’ stories to continue beyond their finale dates on ABC. ABC will broadcast its final episode of “All My Children” on Friday, September 23rd and will air the final episode of “One Life to Live” in January, 2012.

The licensing agreement, brokered by Disney/ABC Domestic Television Group, enables Prospect Park to continue production of “All My Children” and “One Life to Live” beyond their life on ABC. Prospect Park will produce and deliver the two long-running programs to consumers via online formats and additional emerging platforms including internet enabled television sets. Under the terms of the arrangement, the programs will continue to be delivered with the same quality and in the same format and length. Additional details of the new productions and tune-in will be forthcoming from Prospect Park.

“We are privileged to continue the legacy of two of the greatest programs to air on daytime television, and are committed to delivering the storylines, characters and quality that audiences have come to love for over 40 years. ‘All My Children’ and ‘One Life to Live’ are television icons, and we are looking forward to providing anytime, anywhere viewing to their loyal community of millions,” said Frank and Kwatinetz. “Technology changes the way the public can and will view television shows. Now that there are so many devices available in addition to television sets, viewers are taking advantage of watching shows wherever they are and on any number of devices. The driving force in making the switch and attracting new audiences is to have outstanding programs that people want to watch. We believe that by continuing to produce the shows in their current hour format and with the same quality, viewers will follow the show to our new, online network.”

“‘All My Children’ and ‘One Life to Live’ are iconic pieces of television history that captivated millions of fans since their beginning over 40 years ago,” said Frons. “Each of the shows have made an indelible mark on our culture’s history and informed our consciousness in their own way. We are so glad Prospect Park has assumed the mantel for these shows and that they will continue for the fans.”

Marinelli continued, “From the time the shift in the daytime strategy was announced, our hope was to find a new home for these treasured shows. We are thrilled to license them to Prospect Park so the stories of life in Pine Valley and Llanview can continue to be told for the passionate and loyal fans that enjoy watching each day.”

“I’m just so happy that ABC found a home where the legacies of ‘All My Children’ and ‘One Life to Live’ can continue. I’m excited for their future with Prospect Park,” added Agnes Nixon, creator of both “All My Children” and “One Life to Live.” “It takes a lot of living to make a soap opera a serial, and the wonderful teams on both shows have done just that. Together, we are a big family that keeps going, and I’m looking forward to working alongside these wonderful people as we ensure that the shows will continue with all the love and excitement we’ve always had. I also am so happy for our loyal fans, whom we love so much, and who have been so supportive over the last 40 plus years.”

Prospect Park is a media and production company founded in 2009 by entertainment industry veterans Jeffrey Kwatinetz and former Disney Studios head Rich Frank. Along with successful film and music divisions, the company’s television group has numerous shows in development and breakout network hits airing, including “Royal Pains” and “Wilfred.”

In April, ABC announced that it was expanding the focus of its daytime lineup to include more programming that is informative and authentic and centers on transformation, food and lifestyle. “The Chew,” an innovative and groundbreaking daily talk show that celebrates and explores life through food, will premiere on September 26th. “The Revolution,” a daily show about health and lifestyle transformations, will replace “One Life to Live” in January 2012.

“All My Children” has revolved around the lives of the residents of fictional Pine Valley, a town which closely resembles the Philadelphia Main Line. “All My Children” took home the 1998 Emmy-award for Outstanding Drama Series, the third time the show received this top honor, having also garnered the award in 1994 and 1992. “All My Children” has received more than 30 Emmy Awards and consistently distinguishes itself in the field of daytime drama. The show has historically been committed to and is often the first to tackle social issues, focusing on such topics as AIDS, abortion, cochlear implants, teenage alcoholism, racial bias, acquaintance rape, spousal abuse, homosexuality, Reyes syndrome, Vietnam MIAs, drug abuse, the risks of motherhood over 40, safe sex, pet therapy and organ donations, among others. The show made television history airing daytime television’s first same-sex kiss between two lesbian characters as well as daytime television’s first same sex wedding between two women. The show was the first to chronicle the coming out story of a transgender woman and to cast a real life Iraq war vet whose story reflected his real life experiences and injuries incurred in combat.

“All My Children” premiered on the ABC Television Network on January 5, 1970, as a half-hour show; seven years later it expanded to an hour. Julie Hanan Carruthers is executive producer.

Also created by Agnes Nixon, the Emmy Award-Winning “One Live to Live” is set in the fictional town of Llanview, which is modeled on a Philadelphia suburb. “One Life to Live” debuted on The ABC Television Network July 15, 1968 as a half hour show. Ten years later, it grew to a full hour in 1978.

“One Life to Live” has been lauded for its groundbreaking exploration of social issues, diverse canvas, award-winning performances and innovative storylines. Along with the history-making week of live shows in May 2002, “One Life to Live” is responsible for many “firsts” in Daytime television, including stories of interracial romance, illiteracy, medical misdiagnosis, racial prejudice, gang violence and teen pregnancy. The show received mass critical acclaim for its 1992 homophobia storyline, which captured national headlines when it introduced the character of a gay teen (played by then unknown Ryan Phillippe) and culminated with the emotional display of the Names Project AIDS Memorial Quilt. “One Life to Live” was honored by the Gay and Lesbian Alliance Against Defamation (GLAAD) with the Outstanding Daytime Drama Award in 1993, and again in 2005 and 2010.

Ken Ziffren of Ziffren Brittenham advised Prospect Park on the deal and the company is represented by Skip Paul at Centerview Partners LLC.

We thank the loyal audience and new generation of fans of both shows who have demonstrated that passion and exciting story lines are not just reserved for traditional television. Their enduring support encouraged us to move forward each and every day. We look forward to sharing more details including our launch air date and additional specifics in the coming weeks.