In the interest of continuing to be relevant and to give you news when you actually need it and not a month in advance, we decided not to publish the complete midseason schedules for all the networks when they came out last month and instead, just give you the highlights now so you can set your DVR’s accordingly or make sure that you avoid a crappy show.  The upside is that most of the shows this midseason look even better than what we got in the Fall.

The Tastic says: As we noted in our preview, this looks like it could possibly be one of the worst shows in television history.  Save your soul, do no watch this.

The Tastic says: OK… honesty time.  We have to admit that we have our guilty pleasures and most of them revolve around reality shows on VH1, E! and ABC.  We actually like the dopey Wife Swap and throwing Gary Busey into the mix can only be a good thing.  Here’s a corny music video promoting the series.  Like we said… guilty pleasure. 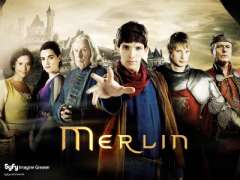 The Tastic says: We love Science Fiction but Fantasy has never really been our bag.  That being said, we have seen a few episodes of Merlin over the years and it’s good to see it’s back for the fans of the series.

The Tastic says: As skeptical as we are about reboots especially when the source material is 20 years-old, we have to admit, this looks pretty good and it’s also nice to see Battlestar Galactica‘s Tricia Helfer getting work.  From what we can tell, John Grisham appears to have complete control over this so that’s got to be a good thing.  NOTE: This is a two-hour premiere on this night only.   The Firm‘s regular timeslot will be on Thursdays at 10:00 p.m. beginning on January 12th.

The Tastic says: Originally titled, Are You There Vodka?  It’s Me, Chelsea… based on the best-selling book by Chelsea Handler of the same name, we originally kinda-sorta recommended this thinking that it could go either way. Upon further review, it really looks like a complete piece of sh*t.

The Tastic says: Part guilty pleasure, partly just a love for the craft, we can’t wait for new episodes of the SyFy reality series, Face Off to return.  Good stuff, indeed.

The Tastic says: A spinoff of Bones that looks a lot more interesting than Bones ever has been.

The Tastic says: As we’ve noted before, Napoleon Dynamite was only mildly entertaining when it first came out in 2004 and now it’s just completely dated and irrelevant.  Again, there’s a reason FOX only ordered six episodes of this.

The Tastic says: The highly anticipated new series from J.J. Abrams looks like it’s finally going to give us our Lost fix that we’ve been jonesing for for so long.  Seriously, does anyone think that this doesn’t look absolutely fantastic?  NOTE:  This is a two-hour premiere episode.  The show’s normal timeslot will be on Mondays at 9:00 p.m.

The Tastic says: We loved the first season despite all of the critics who continued to have to compare it to its BBC counterpart and took a dump on it.  We can’t wait for season two.

The Tastic says: This popular Canadian import makes its debut on SyFy and we have to say, it looks pretty damned good.

The Tastic says: One of the best shows on television, Justified, returns for its third season.

The Tastic says: The funniest show on television, animated or otherwise, is back for a third season.  The first season is available on Netflix streaming and we highly recommend that you check it out if you’ve never seen it before.

The Tastic says: OK, so the trailer doesn’t look that great but it’s from the producers of It’s Always Sunny in Philadelphia and Archer so we’re willing to give it a shot.

The Tastic says: Kiefer Sutherland returns to television with Danny Glover in this fantastic looking, high-concept, Science Fiction drama from Tim Kring, the creator of Heroes.   We are so looking forward to this.  NOTE: This is a special “preview event” broadcast date for Touch. It will air in its regular timeslot beginning on Monday, March 19th. 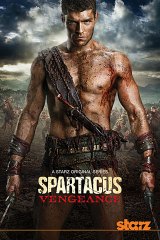 The Tastic says: We haven’t had a chance to really get into this series but from we’ve seen of it, we’ve liked it.  We also like when a series gives its season a name instead of a number (this is Spartacus’ third season, by the way.).

The Tastic says: So, we got to see the pilot of Luck when they gave a sneak preview of it back at the end of November and it annoyed the piss out of us as it was confusing as Hell if you don’t know anything about horse racing/betting.  Despite that, it was still really well-done and it has an all-star cast that includes Dustin Hoffmann, Nick Nolte and Dennis Farina.

The Tastic says: NBC gets their Glee, albeit a lot more dramatical.  Here’s the thing about Smash:  it looks good but it’s going to wind up in the bottom of our viewing list and probably sit there until the summer because there is just too much for us to keep with considering all of the other shows that either look a lot better or that we already know are a lot better.

The Tastic says: This is by far the best looking show of this entire television season.  Talk about getting our Lost-freak on, this show looks like it does that and then some.  CAN. NOT. WAIT.

For those who didn’t already know, this will begin the second half of the second season.  We also have some more news for TWD fans, right here, as well as news for Mad Men and The Killing.

The Tastic says: This show is absolutely hilarious and it has been under the radar for two straight seasons.  We’re looking forward to more hijinks in season three.

FKA, Good Christian Bitches, FKA Good Christian Belles, all we can say is way-to-go in “let’s-alienate-78%-of-our-audience-before-a-single-episode-has-aired-with-the-title alone” department, ABC.  Despite this, however, just watch the trailer to figure out on your own what a total sh*tfest this is going to be.  That combined with the fact that it’s an idiotic soap that’s trying to clone Desperate Housewives in order to pick up the mantle after it ends this Spring, provides a compelling enough reason for us to never watch it.  That being said, we’re sure it’s going to be massive hit for that crowd.

Mixed emotions on this.  Spies, non-stop action, Ashley Judd… what’s not to love, right?  We thought so, too, but then we noticed the timeslot and we’re slightly concerned over the description of the plot and it’s very clichéd nature.  The timeslot is an issue because at 8:00 p.m., you can expect a very watered-down show.  Still looks great, though.

One comment on “ALERT! 2012 Midseason Network And Cable Schedule! UPDATED!”