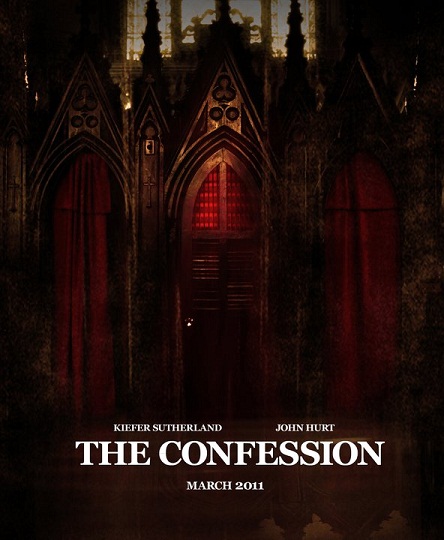 Actually, this news has been around for about a month but we’ve been kind of busy and it completely slipped under our radar until we saw a segment about it on Extra or the Insider or Entertainment Tonight or whatever crappy tabloid entertainment show that happened to be running in the background last night when we were eating our 39-cent Del Taco plain tacos.

So, apparently, 24 star, Kiefer Sutherland is starring on a Hulu exclusive, 10-part webisode series about a hitman who has a theological discussion with a priest (Golden Globe winner and Academy Award nominee, John Hurt) about why his victims deserved to die. We gotta say, this looks wicked cool.

From the recent piece on EW Online,

“In all fairness, it looks fantastic,” Sutherland said of the web series, which he is exec producing with [Digital Broadcasting Group‘s CEO Chris] Young, Joseph Gomes and Maura Mandt. ”We shot it in the fifth-largest snow storm. It was pretty amazing.”

To us, as fantastic as it looks, what’s even more important is the standard that it has the potential to set.  The discussion over bringing serious television and film content to the Internet exclusively for release has been around for a few years now but never quite with this degree of seriousness in cast and production values.  Also, putting it on Hulu and not on a network site says a lot about how these new innovators want to use new-media outlets for traditional entertainment.   This really is groundbreaking stuff, here.

Chris Young said this in a recent press-release:

“The Confession sets a precedent for what is possible in original webisodic content. Never before has something of this magnitude and motion picture quality come to the third screen. I’m thrilled to be working with such A-list talent and top-tier sponsors to finally capture and crystallize the seismic shift in how content of this caliber is released, distributed and enjoyed by an audience that will rival that of a hit television series.”

He’s got it, alright.  This may change television forever.

No word on an exact date, but when we find out, we’ll let you know.