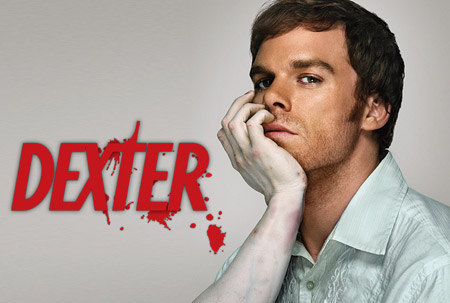 The season premiere of Dexter is Sunday September 26, 2010 the day before my daughter’s and my birthday and I couldn’t think of a better birthday present than the start of a new season with our favorite serial killer dad.  Nothing says family bonding like killing murderers, chopping them up and dumping their body parts into the ocean.

The season 5 trailer was first shown at ComicCon and is now up on Showtime’s website.  If you’ve never watched the show or didn’t watch Season 4, MAJOR SPOILER ALERT!  Thanks to my cousin Matt Volke over at The Movie Brothers for this update.

… And to sweeten the pie and, Julie Benz (Rita) will be returning for the premiere episode.

The Official Dexter Page at sho.com