I don’t know how this slipped by me but I just found out thanks to my EW email updates that the Matt Groening cult favorite Futurama is back!  Comedy Central picked up the series back in June 2009 when I was apparently in a coma and ordered 26 episodes.   Futurama originally aired on FOX from 1999 – 2003 and has had several successful direct-to-DVD movies and of course success in re-runs on Comedy Central that have been released since and a legion of loyal fans begging to see the show return.

The relaunch of Futurama on Comedy Central is nothing short of unprecedented.  The last show to be renewed after having been cancelled for such a long period of time was when Family Guy was cancelled in 2002 and then like Futurama had incredible success in re-runs (at 11:30 p.m., no less) in Cartoon Network’s Adult swim lineup and sold 2.2 million DVD’s in a year.  No show had have ever done what Family Guy had done after three years but Futurama  being picked after seven years?  That just goes to show that anything is possible with cult shows.  Hell, this gives me hope that Joss Whedon’s Firefly might someday be back!

Myself, it took me a long time to realize how genius the show was and by a long time, I mean it finally hit me about a year and a half ago.  I encourage you to give Futurama  a shot tonight if you’ve never enjoyed it before.  You won’t be disappointed. 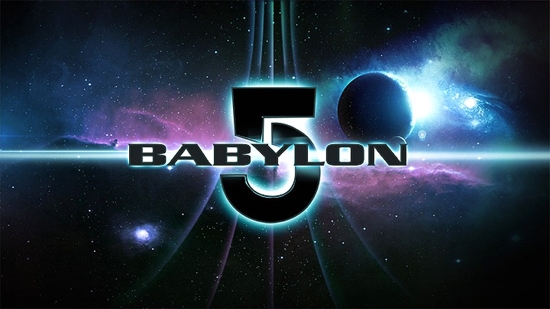 Amazon’s Gold Box Deal of the day is Babylon 5: The Complete Series for an amazingly low $99.99 (with free Super Saver Shipping).  That’s 67% off of the regular $300.00 price tag.  This is a one day deal so get it while you can.  Thanks to my cousin Matt Volke over at  http://www.themoviebros.wordpress.com/ for pointing this gem out… and costing me $99.99.

And now, for you viewing pleasure, the fanboy delight of Star Trek v. Babylon 5